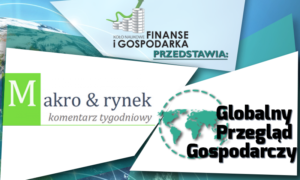 We present you the 92nd issue of the weekly publication of the Student Scientific Club “Finance and Economy”, including: the government adopted the law to improve air quality, construction and assembly production increases, OECD increases GDP forecast for Poland to 4.2%, PMI Germany fell to 44.3 points, SME expect smaller investments in enterprises, especially in trade, lower value of unpaid invoice, wages increase 7.1% y / y, Przewozy Regionalne will launch fast railway connections – supeREGIO, retail chains reduce plastic consumption, at the end of March 32 commercial banks and 547 cooperative banks operated in Poland. On the markets: the price of PKO BP shares increases, gasoline is the most expensive for 5 years, copper is more expensive and the zloty is stable. In addition, information about the ENEA energy company and the footwear market in Europe. Economic charts inform about the number of dwellings completed and the number of people in the pre-working age in Poland in 2017.

We wish you a nice read!