e-mail : dwe@sggw.edu.pl
Peppers and salami in slow city – a seminar on regional development in Hungary 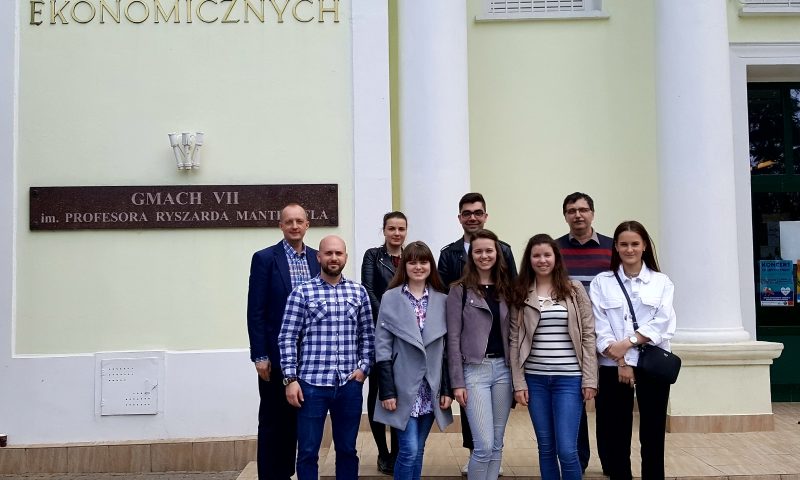 On April 11, at the Faculty of Economic Sciences, a seminar was held where guests from the University of Szeged presented analyzes of selected issues in the field of regional development in Hungary and Poland. Delegation of students from the Faculty of Engineering with Vice-Dean, Prof. Jozsef Gal discussed, among others, the impact of agricultural and culinary heritage on the development of entrepreneurship in the region of Szeged. This region is a.a. famous from the growing of peppers. Hungarian scientist, professor at the University of Szeged Albert Szent-Györgyi de Nagyrápolt isolated from pepper the vitamin C, for which he was awarded the Nobel Prize in medicine in 1937. Today, peppers from Szeged are sold in various forms throughout the world. The agricultural farms as well as micro and small enterprises that produce and use peppers, among others as an ingredient to produce the famous PICK salami, care that its cultivation takes place in sustainable conditions. This is an important factor conducive to the development of cities, such as Hodmezovasarhely, in accordance with the idea of ​​slow city. During the seminar, Polish students were offered to taste Hungarian salami. The continuation of the seminar, having the favorable aura, will be a student grill. The visit of Hungarian guest was held under the CEEPUS short-trip scholarship. The seminar was organized by dr Mariusz Maciejczak, dr Joanna Rakowska and dr Nina Drejerska. 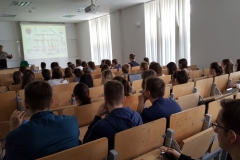 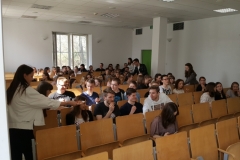 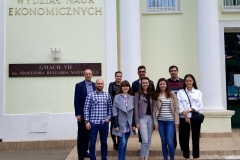