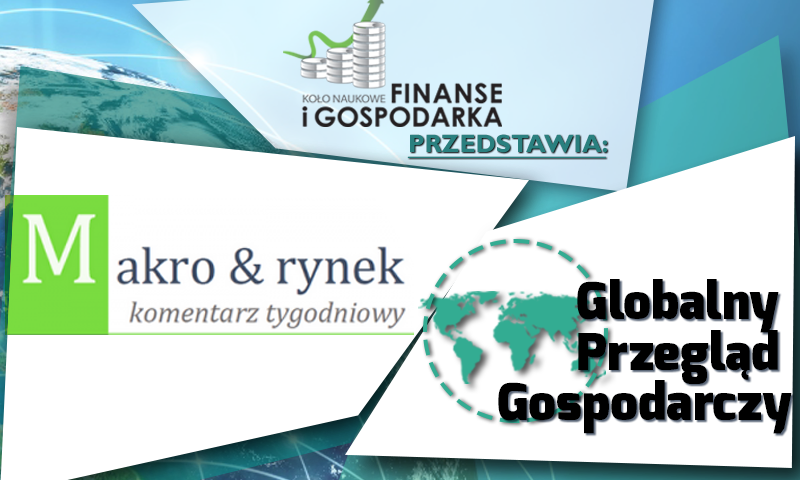 We present you the 82nd issue of the weekly publication of the Student Scientific Club “Finance and Economy”, including: 2.25 million households in Poland will gain fast Internet, compensation for energy increases for all, the luxury goods market in Poland is 24 billion PLN, in the next half a year 44%. employers intend to give the employee a raise, Orlen bought oil from Angola, PZU with a penalty for delays in compensation payments, Ursus sells tractors via a Turkish company, Newag will deliver new electric locomotives to Italy, PGNiG gets contract in the UAE, PKP Cargo will increase international activity in Slovenia. In the markets: the impact of uncertainty about Brexit, the zloty may strengthen against the dollar and the euro, the highest prices of gold since July after weaker US data. Gasoline prices are falling for another week. In addition, information on the company KGHM and the number of registered and unregistered enterprises in the Mazowieckie Voivodship. Economic maps show the share of pre-school children in the total number of children aged 3-5 in Poland and the share of domestic trade in GDP in EU countries.

We wish you a nice read!